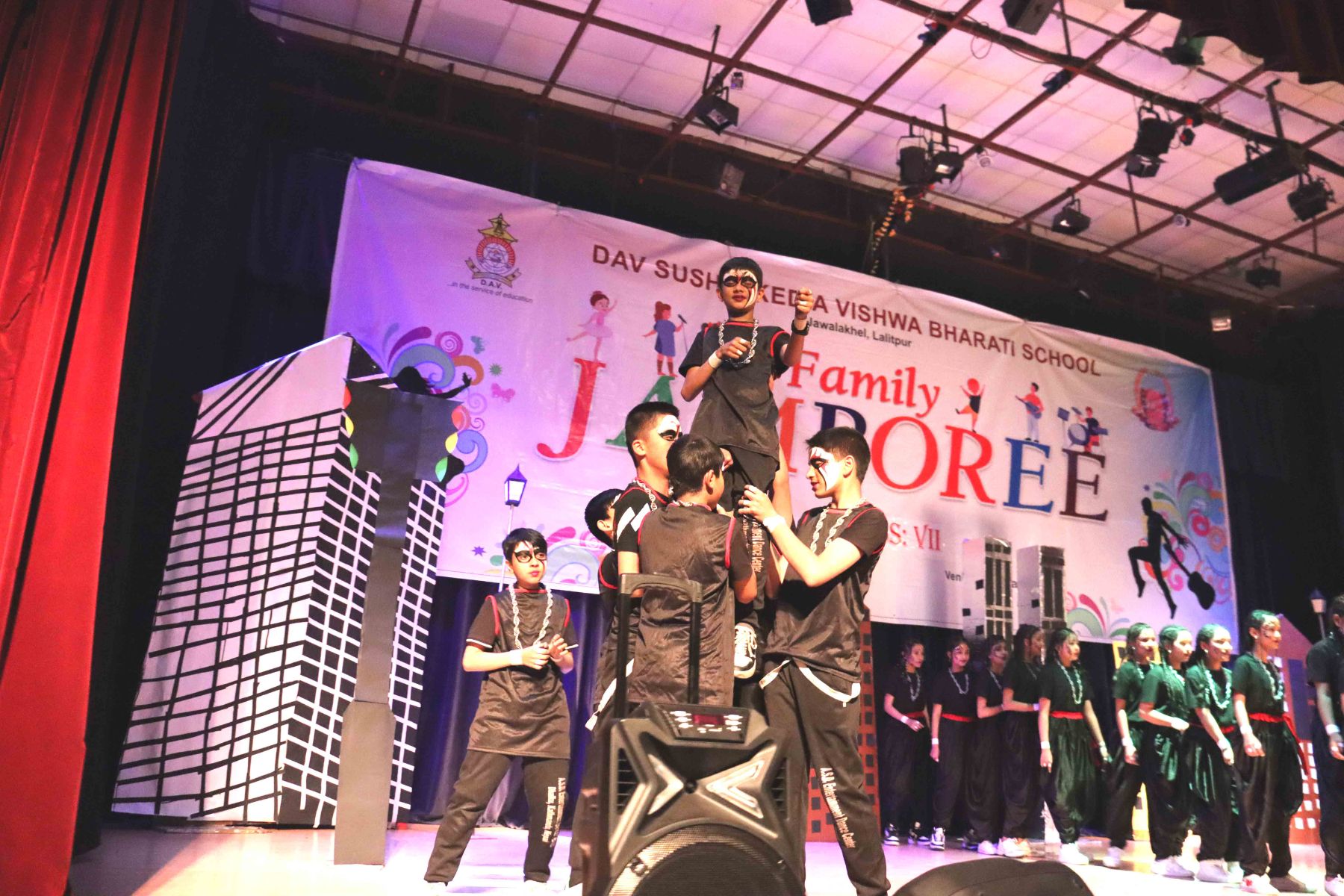 Family Jamboree, the most awaited cultural extravaganza of Grade VII was observed in the benign presence of Shree Anil Kedia, the Chairperson in Buddha Hall from 3:00 PM onwards yesterday (22nd December, 2022).

The parents/guardians of Grade VII were the special guests of the programme. The students took their parents to the musical tours with beautiful, songs, dances and some theatrical performances.

The entire programme was all architected by the Principal Dr. Bhubaneswari Rao and the legacy of Family Jamboree has once again successfully gained appraisal from all the attendees.

Addressing the gatherings, DAV Chairperson heartily welcomed all the parents/guardians and extended sincere gratitude to the entire School family for all the honour as the chief guest.

Chairperson simply attempted to interact with the parents and shared how the children at present were growing to appear in the world. From his long observations and research over the children, he has found children becoming fragile day by day with easy accessibility to all the physical things along with excessive love from the parents community as a single or double child.  He presented his views that the children should be groomed up in such way where they learn to become responsible to themselves, their family and society.

He strongly believed that the children at this point have appeared as the most fragile generation that anyone has witnessed in the history of mankind and motivated the parents to make their children emotionally strong and instill the attitude of gratitude at least to the parents and all other family members at their home.

The Chairperson also presented some research findings and shared that the parents have 70 percent role to form values and understanding to life and the school carries 30 percent role in molding them up to become who they are.

Meanwhile, the winners of the parents' game were honoured with the prizes. As per the results, Mr. Pradip Agarwal won the first position. Mr. Anup Shrestha won the second position and Ms Prativa Luitel won the third position.

Similarly, a team of parents also judged all the performance of the students.  It was awesome welcoming the Christmas-2022 and New Year 2023 with cake cuttings towards end of the stage show.

The moderators of the programme were Ms. Sashilta Rai, Mr. Ganesh Poudel, Mr. Sheetal Singh and Mr. Santosh Ray. The programme formally came to end with 'Thank You Note' from Ms. Kamana Adhikari.