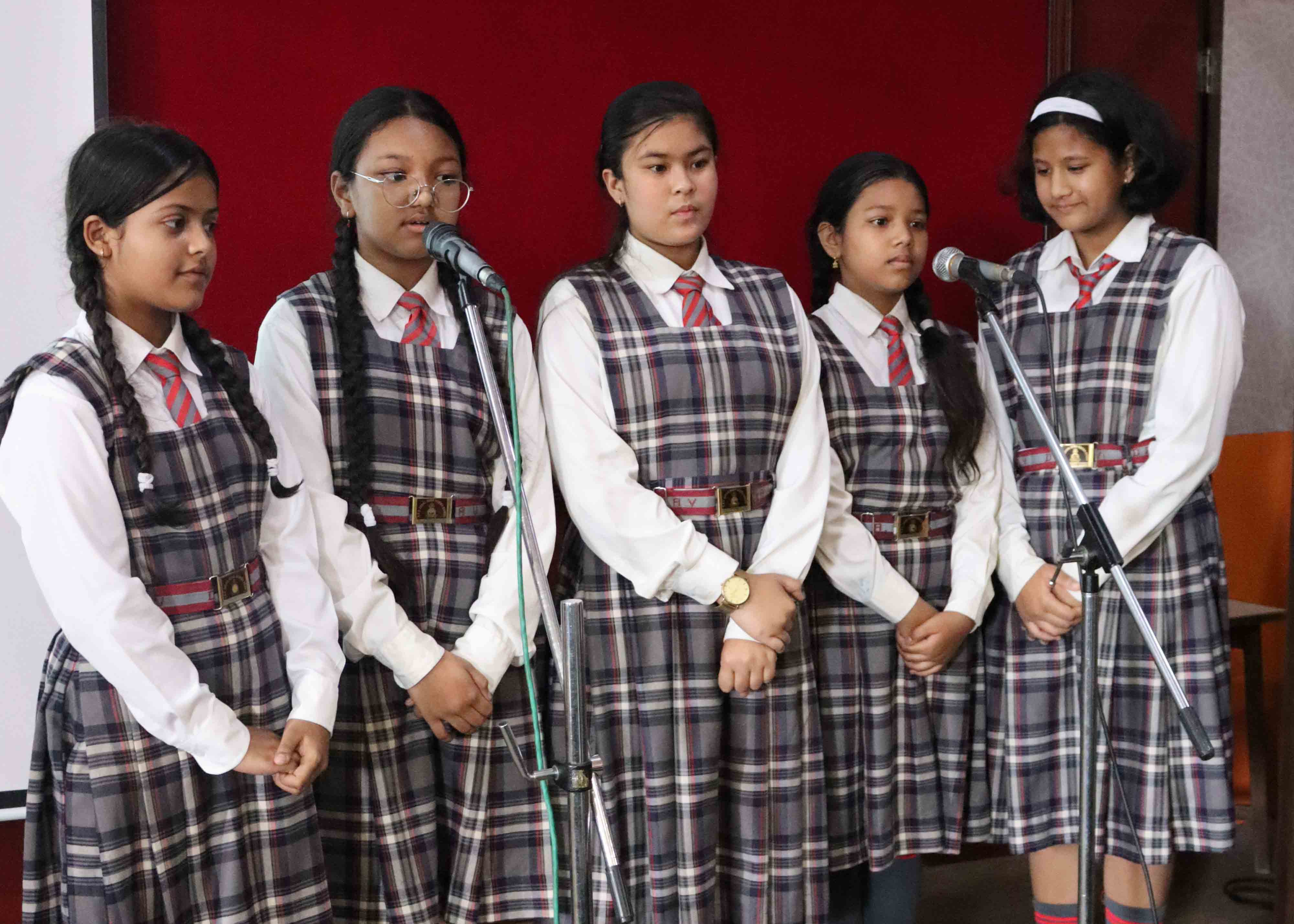 As many as 40 students enthusiastically took part in the competition. The judges of the competition were Sanskrit Teacher Purushottam Rijal and Hindi language teacher- Mr. Dilliram Sharma. The audience were from Grade VI 'G'.