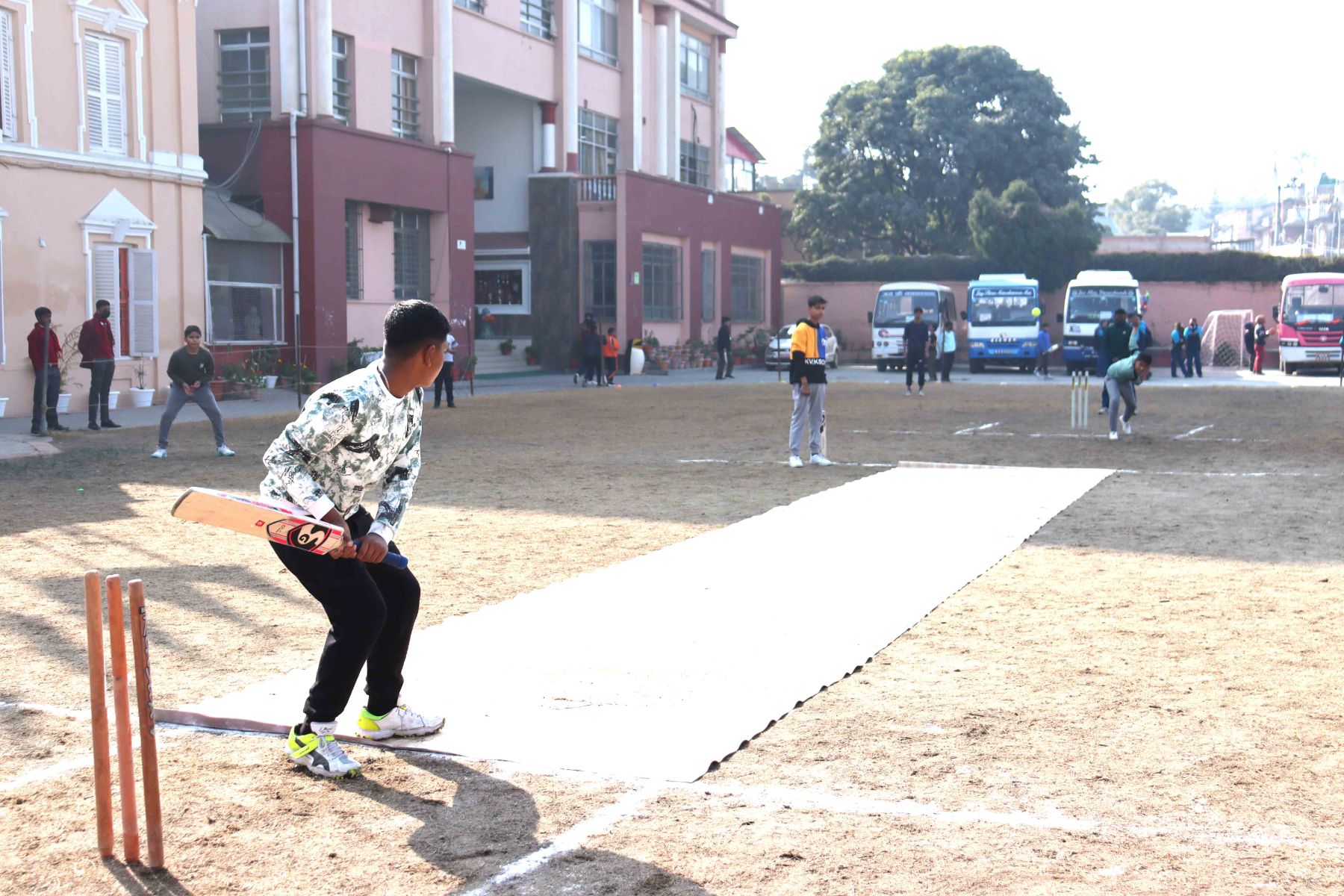 Inter-house cricket tournament for the boys of middle school was observed among the school's six houses at the school main ground on January 20.

The tournament, open to boys in grades V to VIII, saw players from all houses displaying their skills and determination on the field.

As per the match fixtures, a total of six teams (six houses) were divided in two groups. For more clarity, the winner of each group made their way to the final.  Hence, all the matches were equally competitive for the players and worthy to watch for the audience.

Ultimately, Mt. Lhotse and Mt. Gaurishankar Houses made their way to the final and Mt. Lhotse appeared victorious this time. Meanwhile, Prince Shah from Grade VII was declared the best batsman of the tournament. Subrat Mallick from Grade VIII won the Best Player of the series title and Pratik Kushwaha from Grade VII won best baller title. Mt. Dhaulagiri won the third position.

The school community was thrilled with the matches and looks forward to the next inter-house tournament. The school authorities will congratulate and honour the winners with a merit certificate in the assembly soon.

HoD of Sports Mr. Purnendu Ghosh and Sports Teacher Mr. Dilip Yadav were the umpire of the tournament.