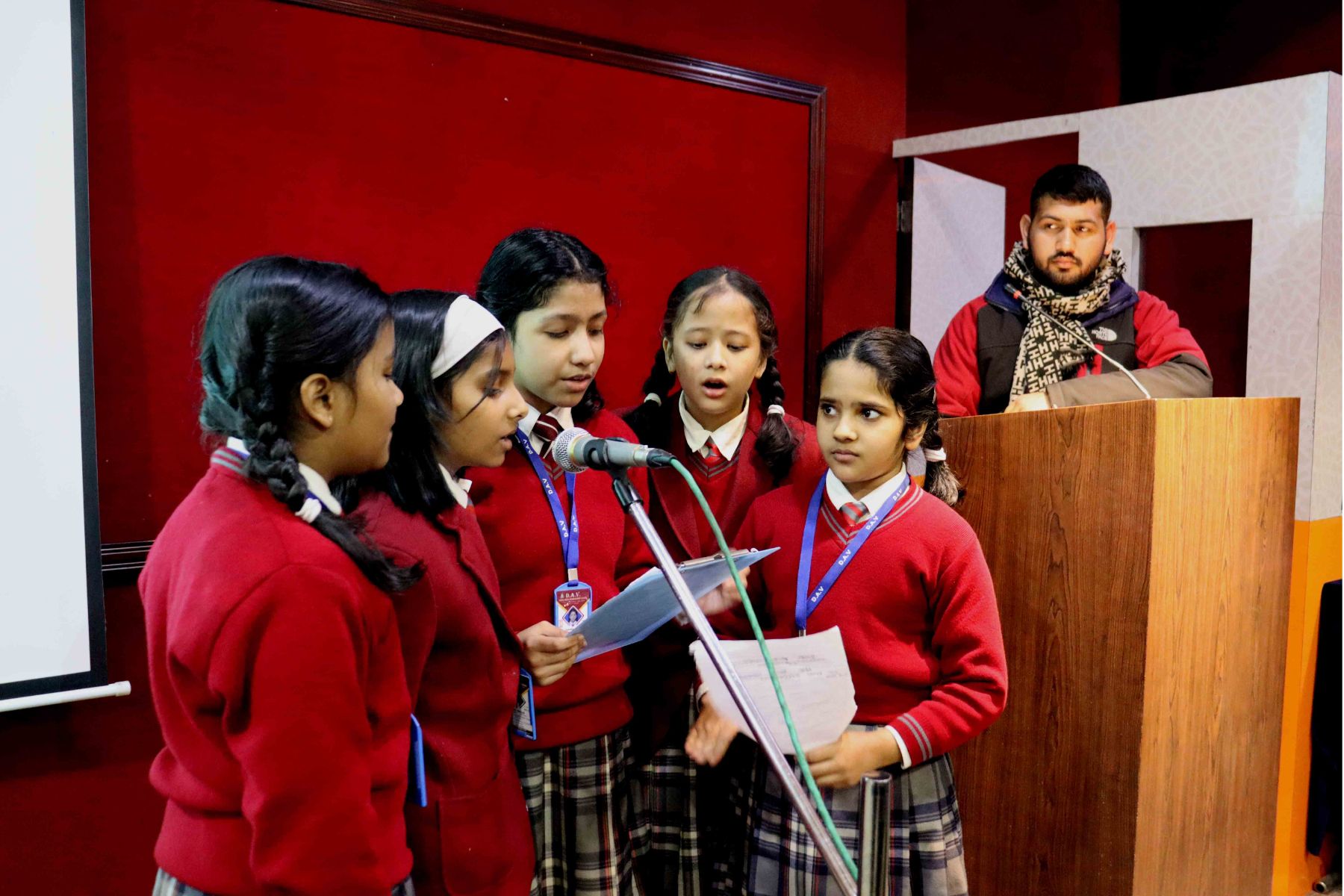 The education of Sanskrit language formally begins at DAVSKVB in Grade V. However, all the beginner students wonderfully demonstrated full enthusiasm and confidence in the Sanskrit Sholkbachan Competition. It was awesome to witness the interest of the students in Sanskrit.

The main objective of the programme was to add a brick in Sanskrit learning according to Club In-charge Mr. Niranjan Khatiwada. The competition also helped students to bring forth their chanting skills.

The judges were Sanskrit teachers Ms. Santa Kumari Thapa Magar and Mr. Purushottam Pokhrel. As per the results, a team of Shiksha Sharma, Ananya Motani and Aaradhya Chaudhary won the first position.

The winners along with second and third position holders and all the contestants were honoured with a merit certificate immediately after the competition by the judges.

The audiences were from Grade V CBSE.