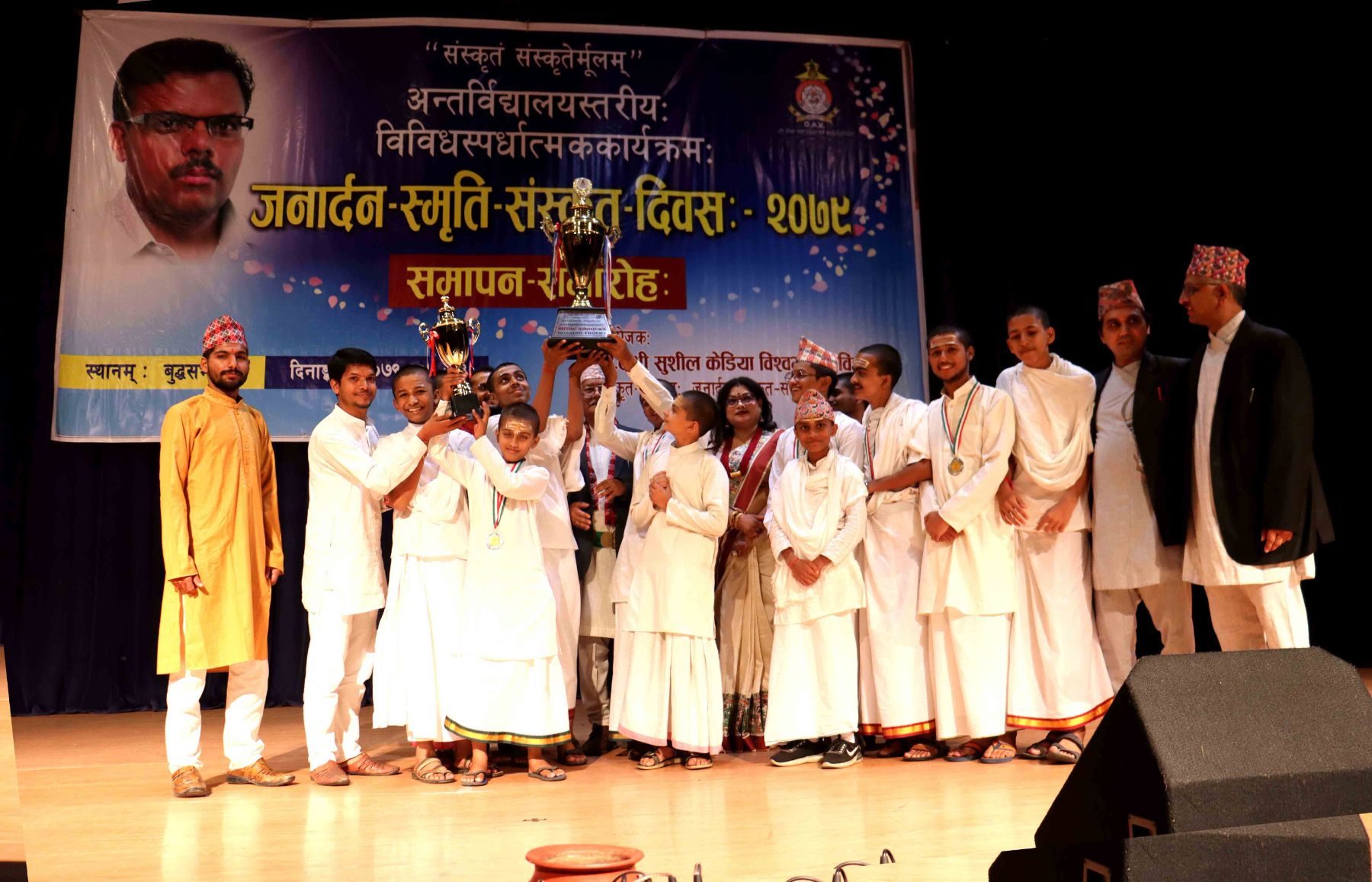 In fact, Late Shree Janradan Ghimire was associated with DAV School from the establishment as a Sanskrit Teacher and was a CAO (Chief Administrative Officer) in his last decade of life. He was also a religious and spiritual guide, media person, social reformer, book writer, Lecturer at Tribhuvan University and a planner of Gaurishankar Sanskrit Gram (Village) in Dolakha Nepal.

To add, he spent his life travelling various parts of the country and also in abroad and talked about the importance of Sanskrit Education. He strongly believed Sanskrit is not only a language but a course of life. To illustrate, Gaurishankar Sanskrit Gram (Village) was his dream project, a course of life which was also planned in Gandaki and Karnali regions as well.

On the occasion, DAV Chairperson Shree Anil Kedia expressed huge respect and honour to Lt. Ghimire. According to Chairperson, DAV School from the establishment has been serving in the field of 'Vedic Education' to meet the need in modern perspectives and the School is committed to carry Lt. Ghimire's thought and vision as an ideal forever'.

The Chief Guest of the Programme, Prof. Dr. Jagaman Gurung, Vice-chancellor Nepal Academy also a multi disciplinary Scholar focused that Sanskrit is another name of modification so he believed everyone should be modified to learn and teach Sanskrit.

He believed Lt. Janardan Ghimire was a veteran Sanskrit Guru in this planet and is now also a Sanskrit Guru in the name of 'Janardan Sharan Ghimire' in heaven. He also suggested everyone present in the hall to conduct research if they have any doubt in his statement. In addition, he also provided the way where they could find the answer.

Similarly, Prof. Dr. Bhagavad Dhakal, Dr. Bhawani Prashad Khatiwada, Dr. Bashudev Krishna Shastri remembered their glorious time spent with Lt. Ghimire and appreciated his dedication in Sanskrit. They were all praise to DAV School for the honour. They believed there is no other way to go through the way which Lt. Janardan Ghimire and other enlightened have talked in modern age. They also projected the school students learning Sanskrit at present will make it true in the days to come.