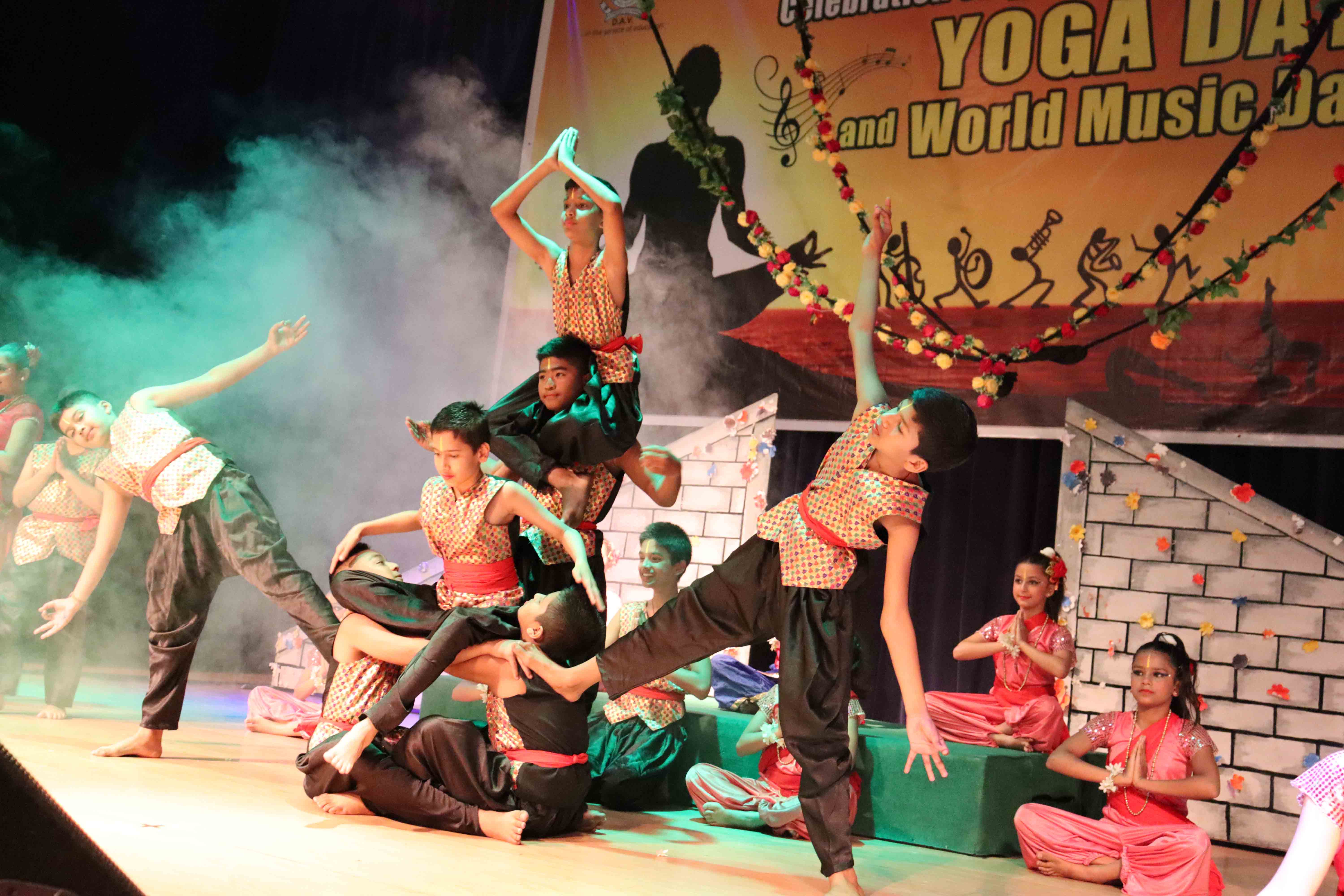 The formal programme started with an orchestra and then rituals like welcoming the guest, lighting the lamp, welcome speech were observed in the auditorium.

The former Minister Mr. Barshaman Pun as the Chief Guest graced the programme and extended his warm blessings and best wishes to DAV School family. In addition, he hoped that International Yoga and Music Day bring positive vibration for the betterment of human civilization. He was all praise to DAV School for the hospitality and generosity extended.

Similarly, the Special Guest, Mr. Lavadev Mishra, a Yog Guru from Patanjali Ayurved highlighted on the importance of embracing a breath in life through yoga and meditation. He also simplified how Yoga and meditation have been a course of life from the time of our Rishimunis.

Similarly, Associate Professor from Manipur University, Mr. Tankanath Khatiwada, Manipur, India expressed his immense pleasure to be a part of such grand programme in the capital of Nepal. He was all praise to DAV School for the honour and hospitality extended in Kathmandu. He urged that every human beings at present need to understand and assimilate yoga.

The Chairperson Shree Anil Kedia extended heartiest congratulations and best wishes to all the participants students, guests and parents. He also briefed about the history of Yoga and mediation started in DAV School thirty years back when yoga and meditation activities were almost in the stage of extinction in education except few Gurukuls. Mr. Dal Bahadur GC, Director of Dhanwantari Ayurvedic Hospital and Mr. Suman Basnet, Director of DAV NEB +2 also participated in the programme.

The key attractions of the programme were Yoga and Surya Namaskar from Kindergarten, Zumba performance of Junior School, Rhythmic Yoga from Middle School, Two Nine Five and Tupac (Rap and RNB) and Yoga Dance (Yoga Natyam and Pair Yoga from Senior School.

The programme concluded with the Vote of Thanks from Mr. Ram Chandra Khanal- Vice-principal.