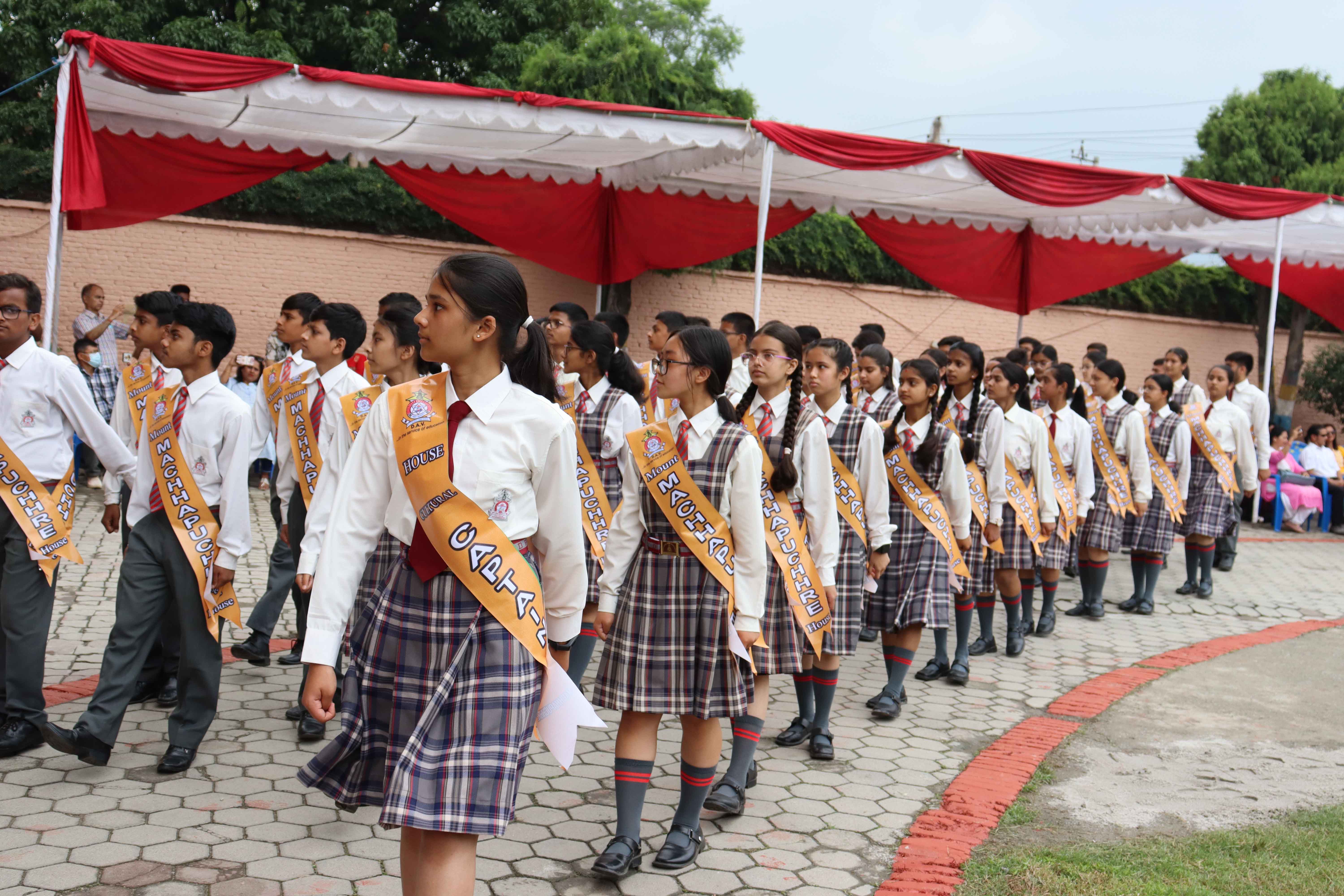 Investiture Ceremony of Senior School was observed in the School premises on June 8, 2022.

The Head of the Prefect Council 2022/23 were handed the School Flag by the Principal Dr. Bhubaneswari Rao. Then the March Past Competition and Guard of Honour was witnessed on the Ground. As per the customary practices of Investiture Ceremony, Lieutenant Colonel Mr. Sumit Bikram Rana was offered the guard of Honour.

The Guests and Principal along with all the members of School Management gave away the badges and ties to all the leaders and executive members of Prefect Council, Houses and Clubs.

The parents of all the prefect council members were present to support the activities of their ward. During the programme, the students associated with Music and Dance Club performed astounding orchestras and dances respectively.

Mr. Chhetri from Education, Department of Lalitpur Metropolitan City addressed the students and motivated students to grab all the opportunities of learning provided by the School. He was all praise to the co-curricular activities and discipline of DAVSKVB School and extended heartiest congratulations and best wishes ahead.

Mt. Gaurishankar House won the most awaited March Past Running Trophy for the academic session 2022/23.

The programme formally ended with the Vote of Thanks from Vice-principal Mr. Ramchandra Khanal.