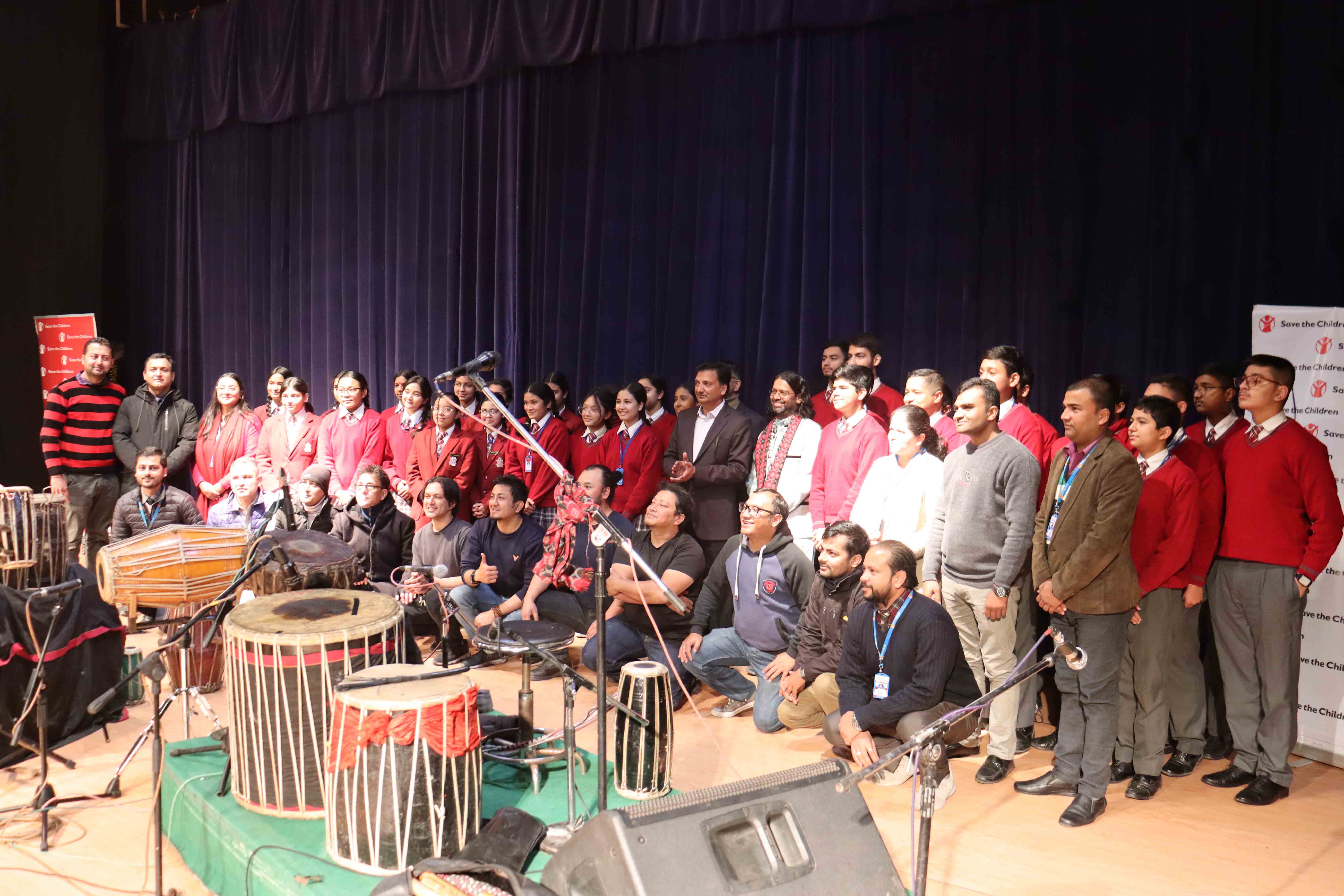 Kutumba, the popular folk instrumental ensemble, presented their most popular music among the students of Grade IX and X in Buddha Hall today (11th December).

DAV Chairperson Shree Anil Kedia, Vice-principal Mr. Ram Chandra Khanal along with all the members of management team cordially welcomed the band members in the School.

The band members performed popular Nepali dancing traditional folk music. Sooner the performance of band members took the pace; the students also demonstrated their outstanding dancing skills on the music beats. It was awesome to witness the cheering and excitement from the students.

For more information, Kutumba Band made a presence in DAVSKVB to deliver a message to save the children from the adverse effect of ongoing climate change. To add, Kutumba Band has partnered with 'Save the Children' Project and is communicating the message in various parts of the world through music.

Addressing the gatherings, Chairperson appreciated all the efforts of Kutumba and expressed his huge respect to the band members.  He was all praise to the Band and noted that the band has not only conserved and promoted Nepali traditional and endangered folk music but introduced the country around the world'. He equally appreciated the donation carried by the students and said it is a wonderful work from the students side for the good of humanity.  The Chairperson also performed an old Nepali song with band members.

Prior to this event, a total of five hundred and eighty students from Grade IX and X participated in article writing competition on the topic 'Climate Change' at the School. CCA In-charge of Senior School Mr. Tanka Nath Ghimire handed five best articles to Kutumba Band.