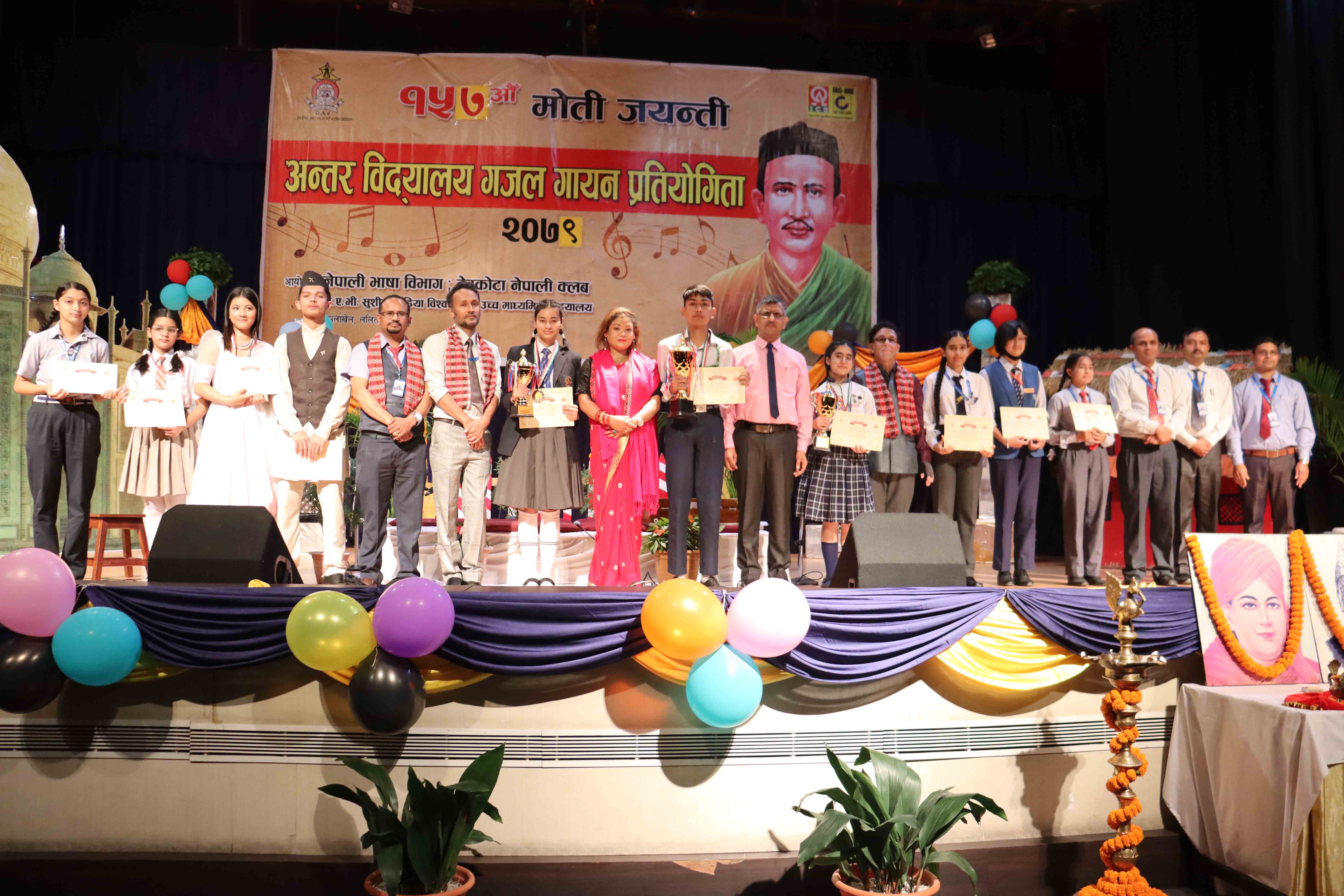 A total of ten contestants from ten different Schools performed the Ghazals from oldies to the present generation. The competition witnessed diversity of the Ghazals from Nepali based singer Bhaktaraj Acharya, Raj Sitaula, Anju Panta to Pakistani based Singer Gulam Ali. DAV student voluntarily performed a Ghazal.

Nisha Deshar, the Chief Guest of the programme extended heartfelt gratitude to DAV School for providing Ghazal singing platform to the young generation and appreciated all the honour. She also extended best wishes to all the contestants. According to Deshar, she is a passionate singer and she has got the big opportunity to sing a song of prominent song writers like Dr. Krishna Hari Baral. She further motivated students and shared she sung various Ghazal without knowing the fact that they were Ghazals. She added 'I knew 'Timro Mero Sambandhaki Charcha Chalcha Chalna Deu' was a Ghazal after I sung it'. Later she studied Ghazal writing rules and its various parameters to groom herself in the Music Industry..

Vice Principal Mr. Ram Chandra Khanal said Ghazal has been established as the distinguished genre in Music Industry and the programme is all dedicated to remember the youth poet and the first Ghazal writer of the country Motiram Bhatta. He further added 'During his threshold age of 20s, he formed a Moti Mandali and motivated the youths to write Ghazal. Mr. Khanal remembered Motiram Bhatta as the first essayist, book-writer and journalist. He also extended best wishes to all the attendees and extended sincere gratitude for the successful accomplishment of the programme.

As per the results, Piyush Prasai from Kanjirowa School won the first position. Abhigya Ghimire from St. Marry's School won the second position. Kanak Rawal from Modern Indian School won the third position and Yangshu Shrestha from Radiant Readers Academy won Melodious Singing Award. The winners were honoured with the trophies, medal and certificate by the Chief Guest in the presence of the School authorities.