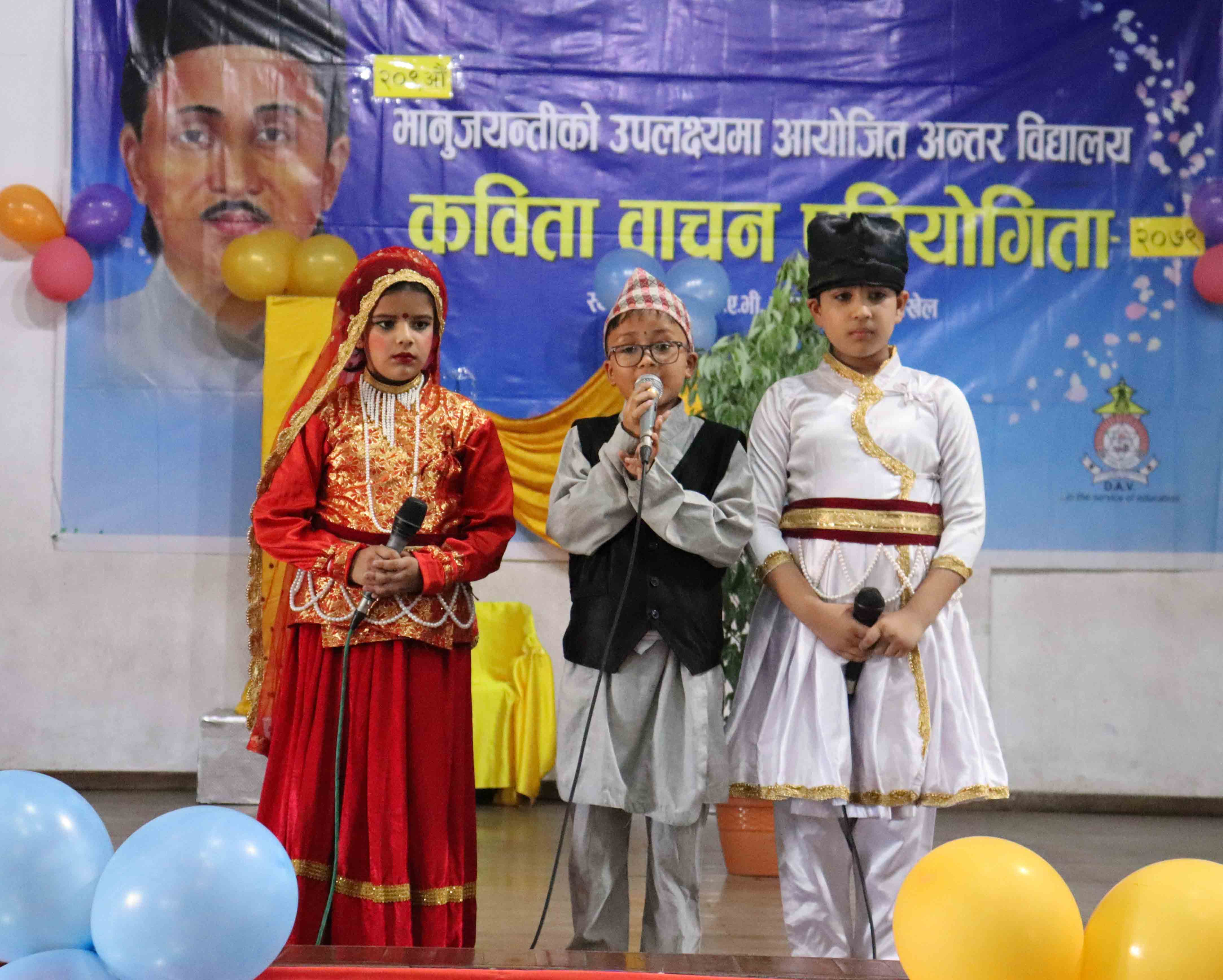 The programme has been organized every year by DAV School to remember the contribution of the first Nepali poet Bhanu Bhakta Acharya.

The formal programme started with welcome speech followed by customary practices like lightening the lamp, reading the rules of the competition, participants' performance and so on.

It was awesome at witnessing poem recitations and enactments from various chapters of Ramayan. In fact, Bhanubhakta is celebrated much as he translated Sankrit Ramayan to Nepali Ramayan and made it readable to general people at that time.

The Chief Guest of the programme Mr. Sharadaraman Nepal profoundly expressed his pleasure to witness the top quality programme of Bhanu Jayanti in DAV School. He also shed a light on the contribution of Bhanubhakta in various spheres of society.

As many as 15 schools from Kathmandu valley enthusiastically took part in the competition. The judges of the competition were Mr. Narayan Khatiwada- HoD of Nepali and Mr. Raju Singh, senior Musician of the country.

As per the results, Modern Indian School won the first position followed by Bijeshwori School, United Academy, Machhapuchhre School in the second, third and fourth position respectively.   The winners were honoured with a merit certificate, trophy and medals.

The programme concluded with the vote of thanks from Mr. Ram Chandra Khanal, Vice-principal. He extended his heartfelt gratitude to all the schools participating in the competition and equally thanked all the departments and teachers for making the event a grand success. Moving ahead, he also cordially invited the participating school for 210th Bhanu Jayanti next year.