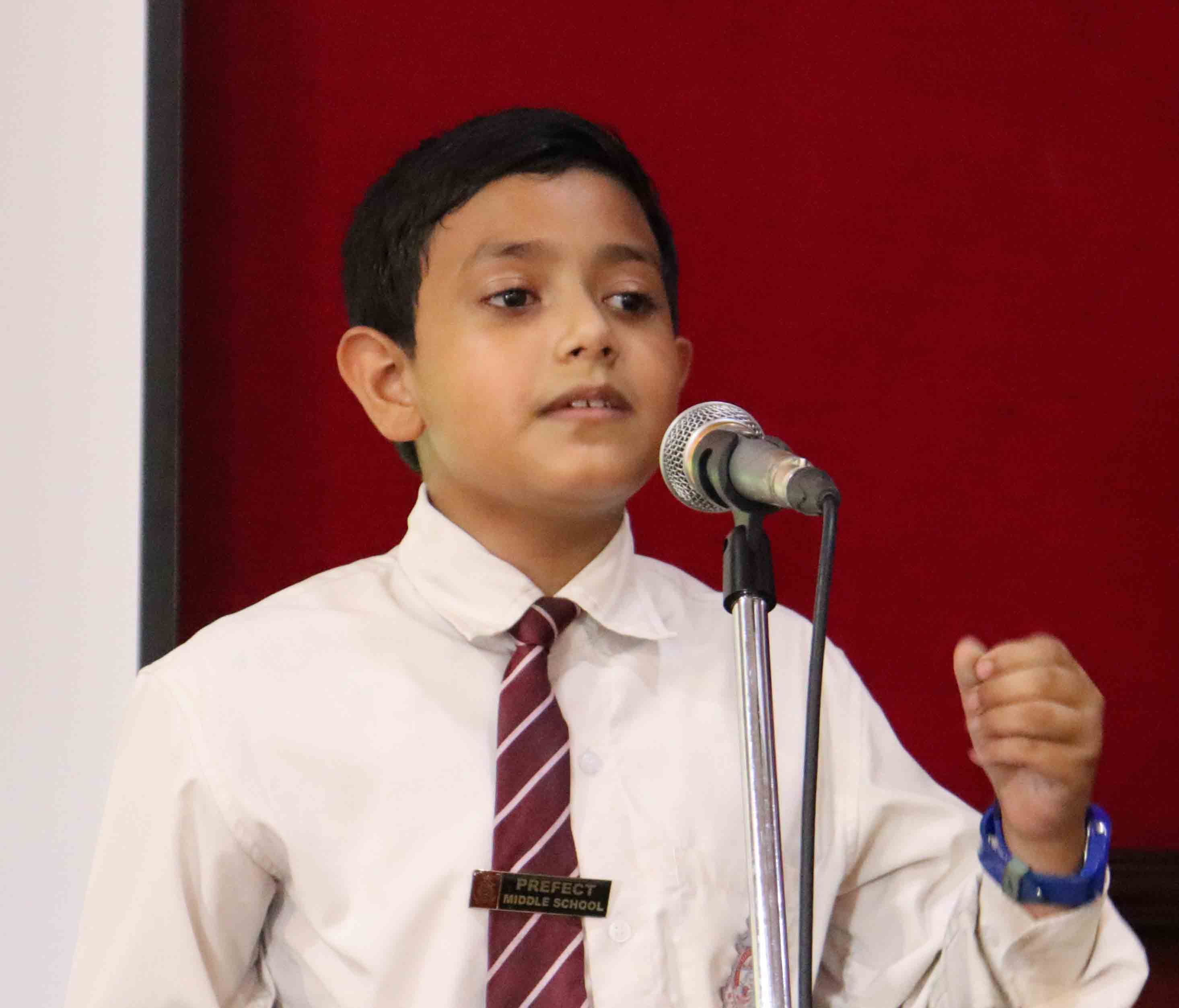 The Poem Recitation aimed at enhancing recitation and enactment skills according to Club In-charge Ms. Indu Thakur. In addition, the programme helped students to develop confidence and become independent learner. The judges were Mr. Dilliram Sharma and Mr. Damodar Regmi. The moderators of competitions were Vidushree Pareek and Naitik Ranka. The audience were Hindi language students of Grade V and VII.

In addition second, third and consolation position holders were also given a special recognition at the end of the programme and were honoured with a merit certificate in the special morning assembly of middle School.